The Leadership at Culduthel Christian Centre comprises the Pastor, Elders, Deacons, and Church Secretary. Our Elders are involved in general pastoral oversight but may also have a particular focus for their ministry according to their gifting. Our Deacons tend to coordinate the service of one ministry team.

Below is a little information about each of them: 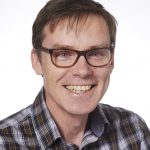 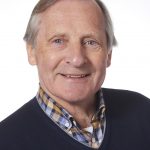 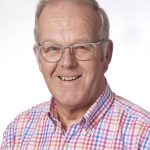 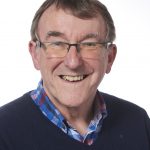 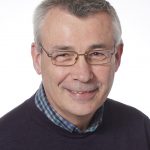 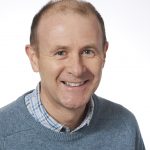 Alasdair grew up in Inverness and is very grateful to God for leading him back here with his family in 2014. His wife Alison works as a doctor and they have two teenage children, Angus and Catriona. Alasdair left Scotland in 1992 and worked as a buyer for Nissan in Sunderland. Alasdair has served as Pastor in two churches on the edge of London: Bushey Baptist Church, Watford and Billericay Baptist Church in Essex.

Norman originally from Aberdeen has lived in Inverness since 1977 where he has a property rental business. He and his wife Christine were one of the original six founding couples in the church in 1984. They have 3 grown-up children. He is primarily involved as the Link Elder for the Facilities Ministry.

Allan and his wife Christine came to Inverness from Aberdeen in 1969 having an opportunity to develop Allan's career in the Garage business. Their daughter Kirsten and son Jonathan are both married and they have two grandsons, Alastair and Callum. A founder member of the church and Elder Allan is involved in the Children’s Ministry and Pastoral Care.

Duncan originally from Ayrshire moved to Inverness in 1989. Married to Jean they have 7 children between them. Duncan enjoys a regular game of squash. These days he is more a follower of football than a participator. He is the Treasurer and is also involved with CAP (Christians Against Poverty), Home groups and is the Prayer Ministry Co-ordinator.

Angus is a maritime surveyor in the offshore oil industry. He and His wife Alison, a care worker, have three children, Fiona, Heather and Iain. Angus is primarily involved in Bible Teaching and Preaching and is the link elder for Youth. He is a regular teacher at the Junior Youth Fellowship and currently remains unbeaten as the ten pin bowling champion as long as he is playing against 13 year olds.

David is married to Sandra, a nurse. They have three children, Madeleine, Jacob & Jamie, and one stubborn West Highland Terrier. David works at Raigmore Hospital as a Paediatrician. 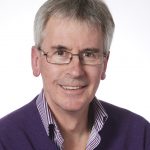 George was born in Inverness and has lived most of his life here. Qualified as a chartered accountant he now works in the motor trade. He is happily (he is told!) married to Mairead and has two sons, Rory and David. They joined the church shortly after it was founded. George has been involved in many aspects of church life and its development since joining over 30 years ago. 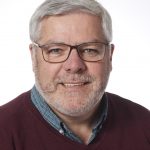 Bobby was born in Inverness and is married to Sally; they have been members of the church since 1986. Bobby works for The University of the Highlands & Islands ( UHI ) as a Servicedesk Support Analyst. As the Facilities Deacon he is responsible for PA and Audio Visual , Fabric, maintenance and the Coffee Shop. When he does have some free time he likes painting and even an odd visit to the gym (which he hopes to do more of in the coming year) and singing in the Acclaim choir. 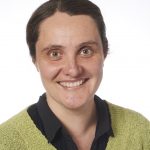 Alison grew up on the Black Isle and, after studying in Edinburgh and working in the south of England, came back to Inverness in 2000. Since then she has been part of the church and is the Deacon for the Children’s Ministry. She is involved in a number of ministries, both within the church and in the wider community. 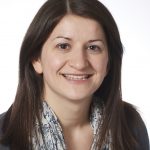 Helen is originally from Dumfries.  Helen moved to the Highlands in 2012 and joined the church at CCC in 2014. Helen is married to Alan.  When not working as a primary teacher, Helen enjoys running, hillwalking, music making and tea drinking. As Youth Deacon she oversees the running of our Sunday evening Youth Fellowship and is also involved in the children's and music ministries.